A couple of the false passports Jan used during the war working in the resistance.

In 1940 en route to the United Kingdom after leaving his Roma family as the result of turning down a marriage proposal, the French Resistance recruited Yoors. They had learned of his connection to the Rom and hoped to utilize their skills in active resistance against the Germans. Yoors agreed and together he and the Rom smuggled food and arms into occupied France, Belgium, and Holland. In 1943 Yoors was arrested by the Gestapo and tortured for six months at La Sante prison in Paris. After his release he collaborated with the Allies disguised as an S.S. officer and escorting allied soldiers from behind enemy lines. However, he was captured again and held at Miranda del Ebro concentration camp in northern Spain. He managed to escape over the Pyrenees in 1944 and joined up once more with Allied Belgian forces in the United Kingdom. 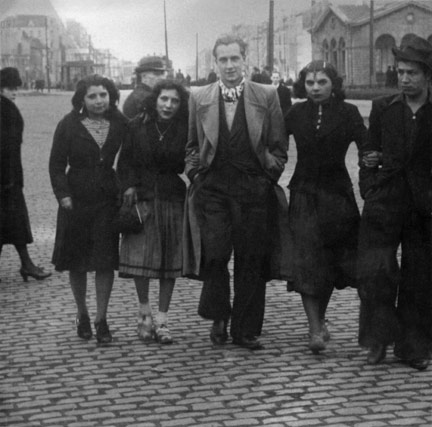