Annebert weaving “Swirl” with Marianne caring for the children in the studio.

The Yoors moved again in 1967 to 108 Waverly Place in the village. Jan’s youngest son Kore was born there in 1968. He penned and published his second autobiography Crossing; A journal of Survival and Resistance in World War 2, and of course he continued to sculpt, weave, photograph, paint and design tapestries until his death in 1977. Annebert and Marianne continued to raise the children together and continued weaving Jan’s designs posthumously there in the Waverly Place studio by Washington Square park until 2000. 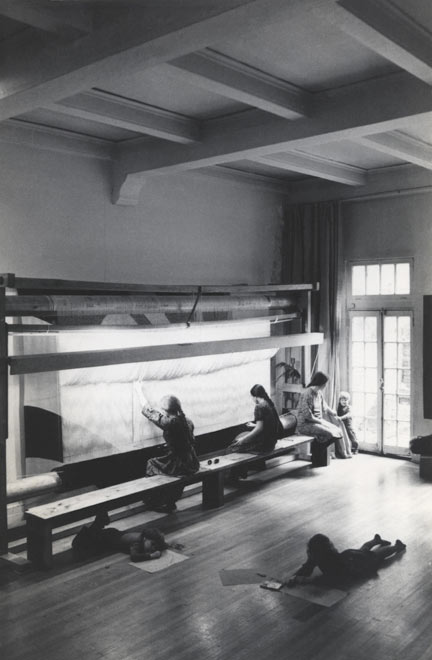 Annebert weaving with an assistant, while the children are drawing and Marianne is watching over them.